On Tuesday, April 16th the Titan soccer team traveled to East High school to take on the Leopards.  Canyon Czapla got the Titans off to a great start with a goal in the first minutes of the game.  A little bit later, Hayden Earl took a free kick and Austin Raddon was able to redirect it into the net.  The first half ended with the Titans up 2-0.  In the second half, the Leopards got a goal when they were awarded a PK for a foul in the box.  Olympus finished strong and made the score 3-1 when Edvin (Eddie) Sabic crossed the ball and Din Huremovic was able to help it into the goal.  I know we mention the goal scorers in these pieces, but it really is a team effort.  The midfielders and defenders are doing an amazing job moving and distributing the ball and shutting down offensive attacks by their opponents.  Their next game will be this Friday, April 19th at West High School.  It should be great weather for a soccer game.  Keep it up Oly! 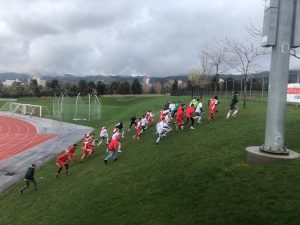 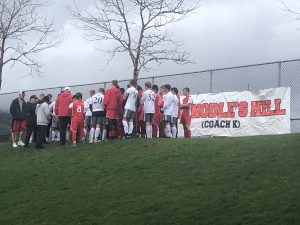