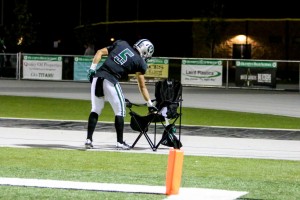 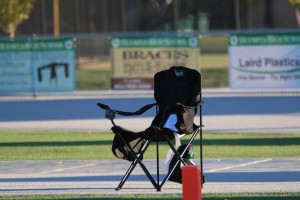 This past Friday, the Olympus Titans honored former principal Mark Manning, who passed away the morning of September 13th.  Adorned in black uniforms, along with a helmet decal with the initials “MM,” both Olympus and visiting Cyprus observed a moment of silence in Mr. Manning’s memory.

Olympus wasted no time, as junior Tyler Smith returned the opening kickoff 94 yards for a touchdown.  The offense took to the field for the extra point, as Smith found junior Sawyer Pierce in the back corner of the endzone to go up 8-0.  Two plays later, senior Oscar Hoggan returned an interception deep within Cyprus territory.  The next play, AJ Wiseman connected with Britton Hogan for a touchdown.  With the extra point, the Titans led 15-0, with just 1:06 elapsed from the game clock.

The Titan defense played a stingy game, causing four turnovers and posting its first shutout of the season.  Senior linebacker Nate Hoole led the team in tackles and recorded an interception that led to a Quinn Meier touchdown.

The running clock was put into effect in the fourth quarter.  Titan faithful enjoyed the fireworks, both on the field and in the sky.

Olympus travels to Kearns this Friday, September 25th, for a key region match-up. 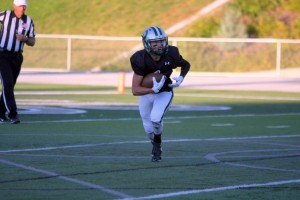 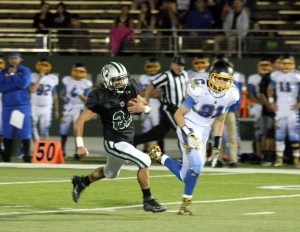 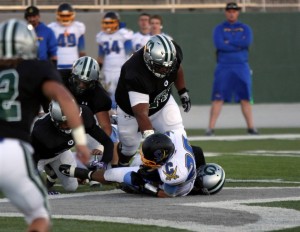 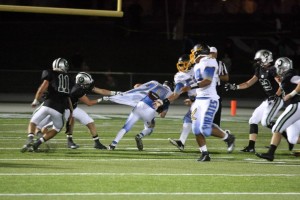